1st October 20162. September 2019
Comments
No comments yet
In Personal

One of the few things I miss in Salzburg is a great variety of different kinds of restaurants. Although there is quite an exclusive scene of places we love going to, I still wish there were some more restaurants to choose from. Therefor I was pretty excited when I heard a new restaurant opened up in the nearby village Berchtesgaden. My friend Alexandra and I were invited to check out the “Berchtesgadener Esszimmer”. After a scenic 20 minutes drive from Salzburg we reached the cute village of Berchtesgaden, where the “Esszimmer” is located right in the center. 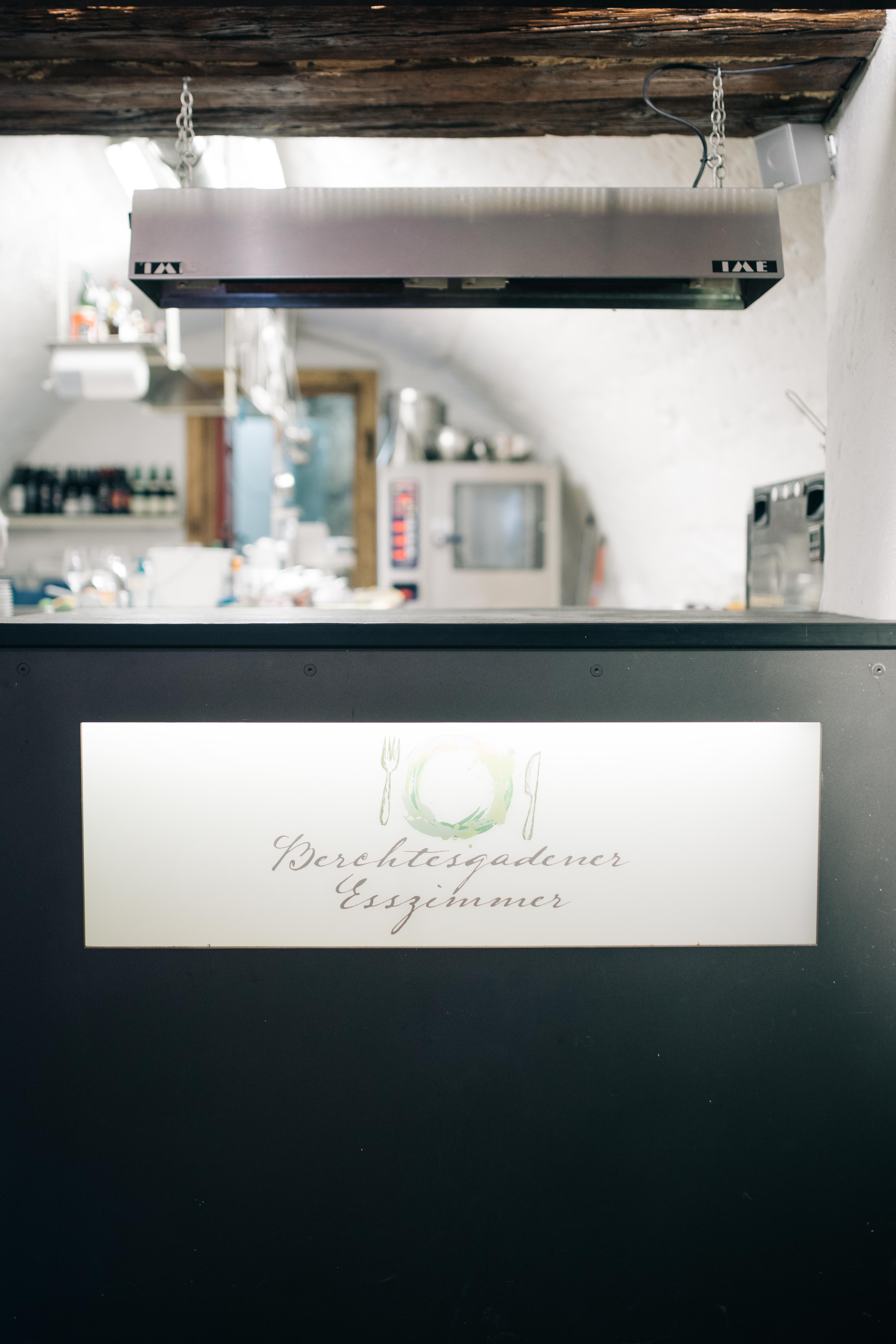 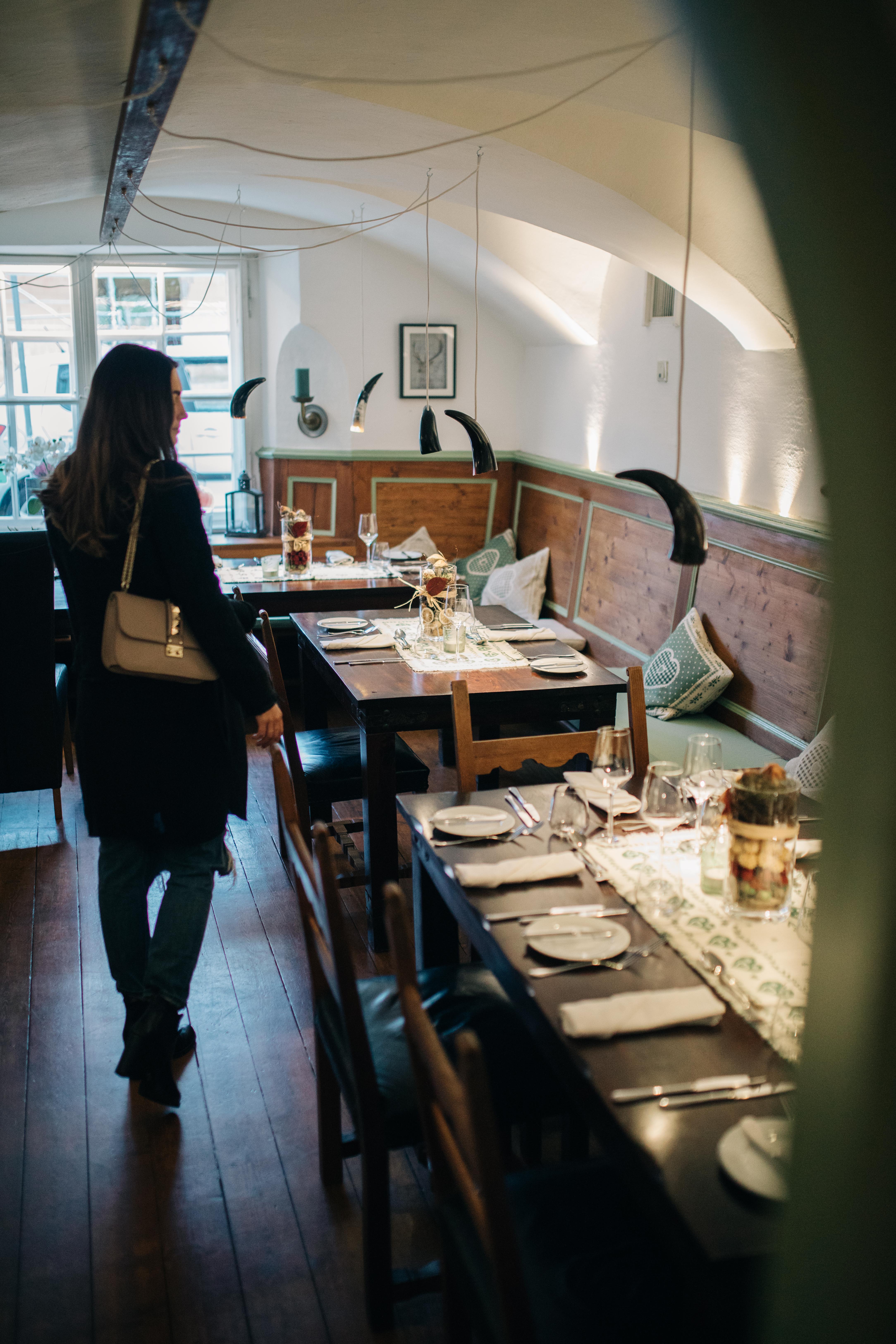 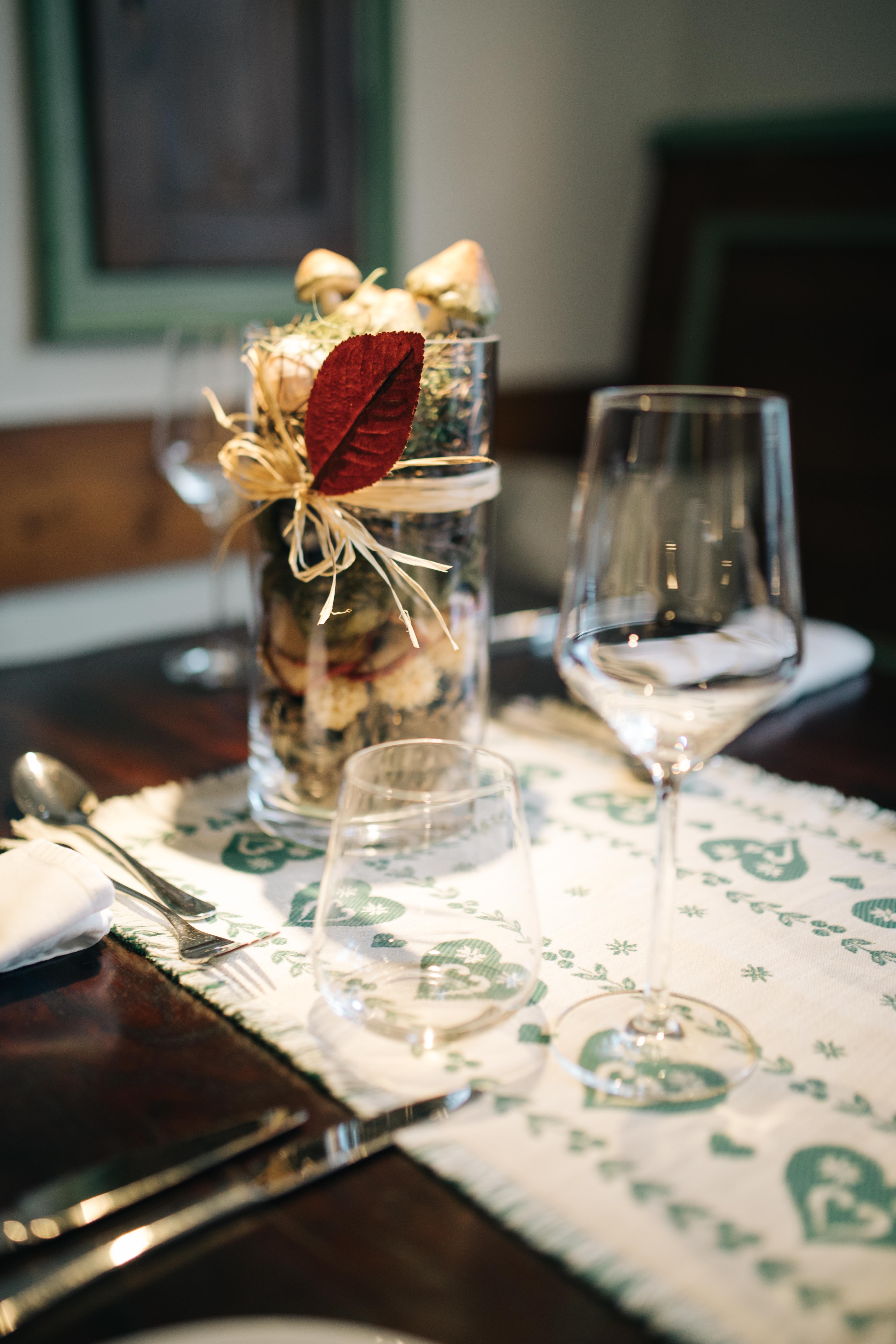 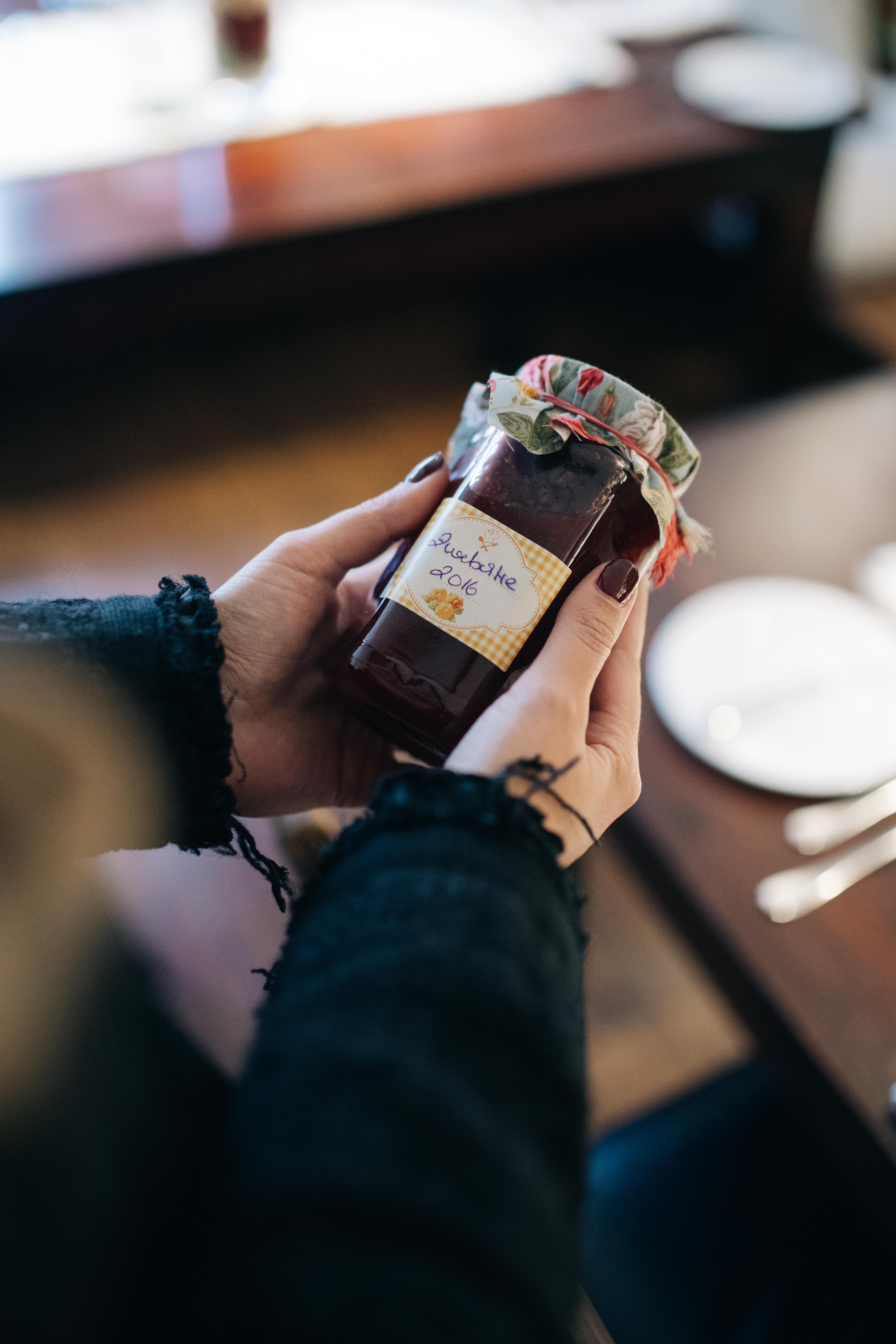 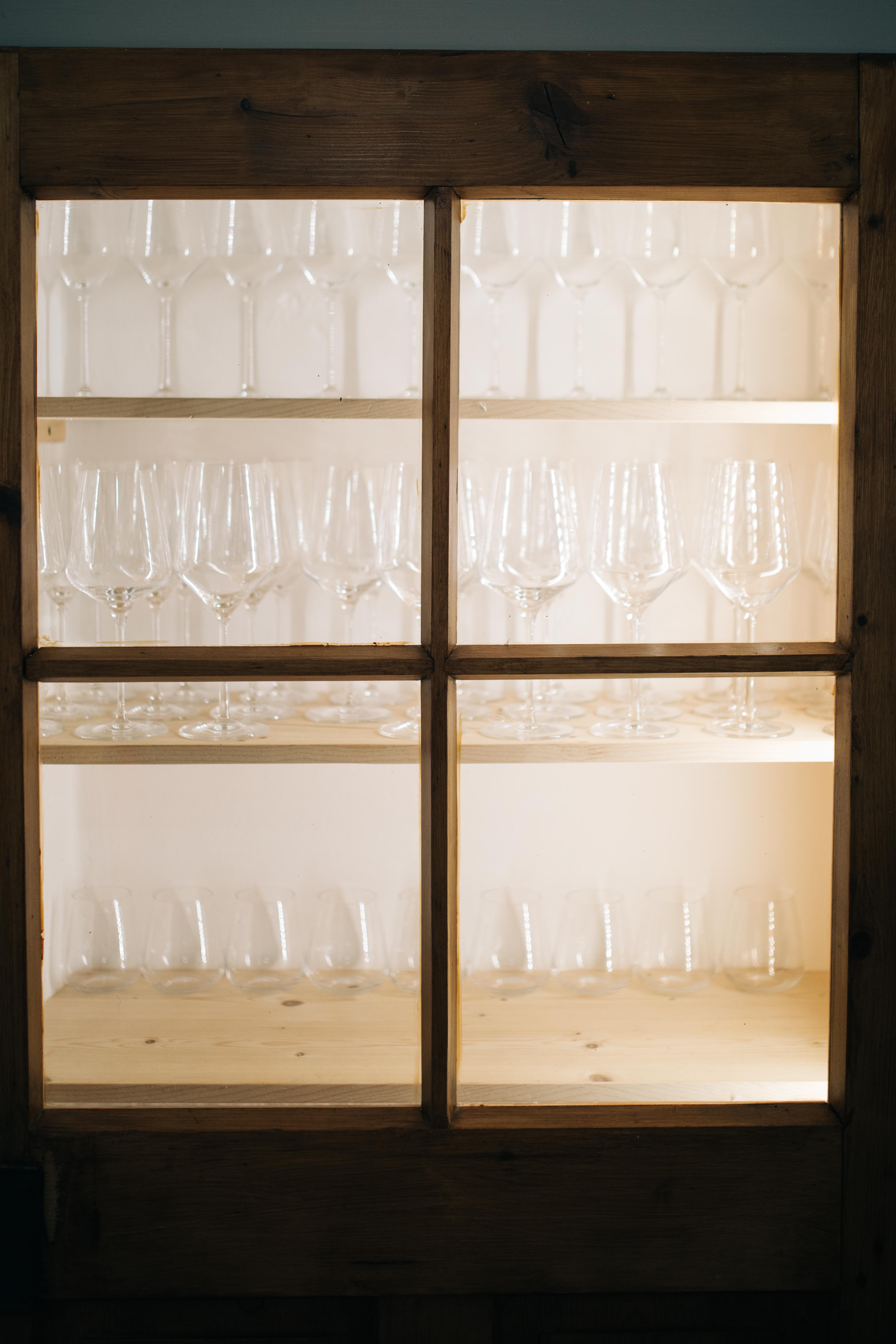 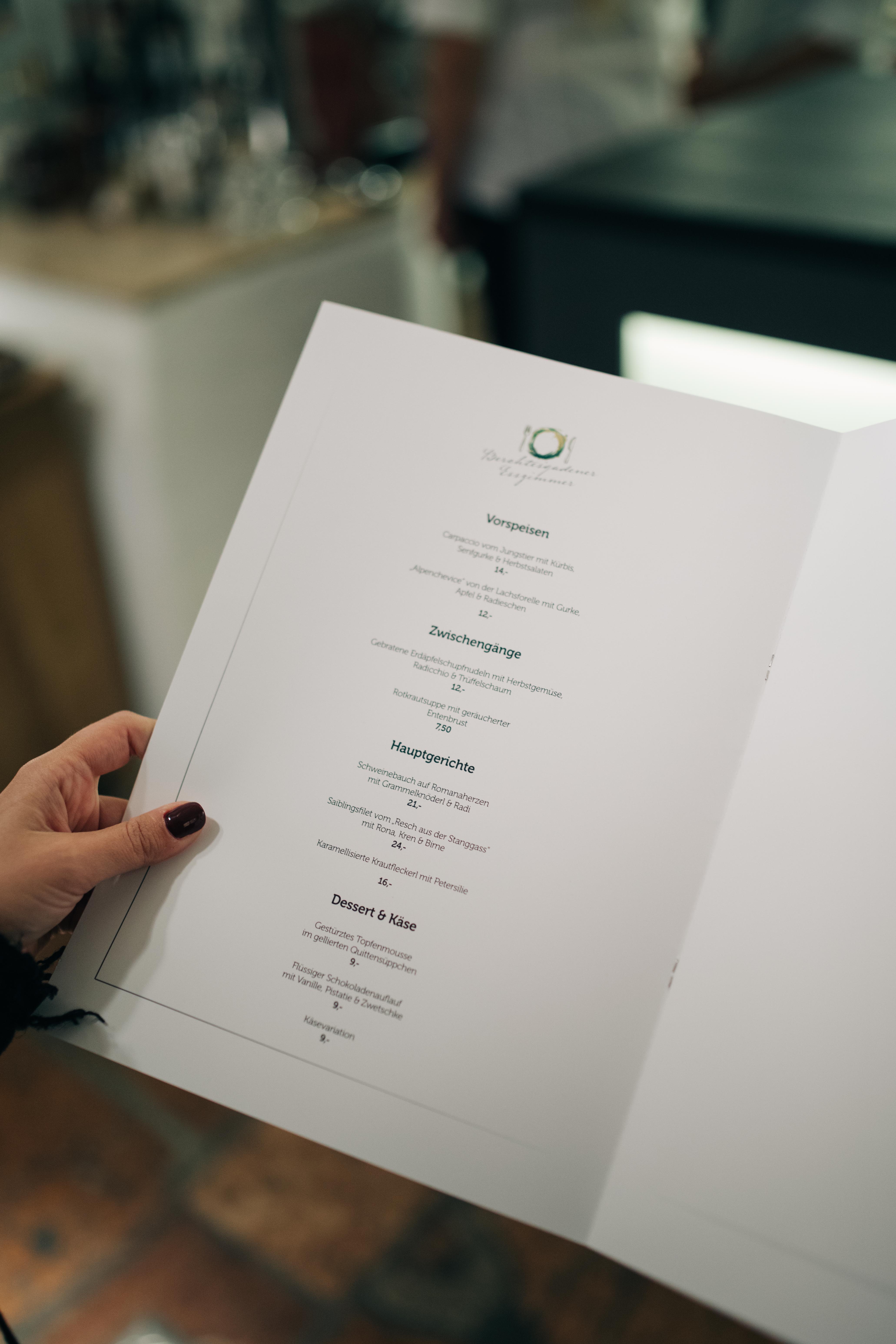 Maximilian Kühbeck , owner and chef at Esszimmer, welcomed us and we got to know that he previously worked at Salzburg’s famous Pfefferschiff and at Döllerers Genusswelten in Golling. His motivation to open up “Esszimmer” is that he wants to do his own thing and create his own recipes – traditional cuisine interpreted in a modern way. His team and himself renovated the restaurant prior opening very thoroughly. They were able to maintain old walls and wooden elements, and mixed these with modern parts which creates very cosy atmosphere. 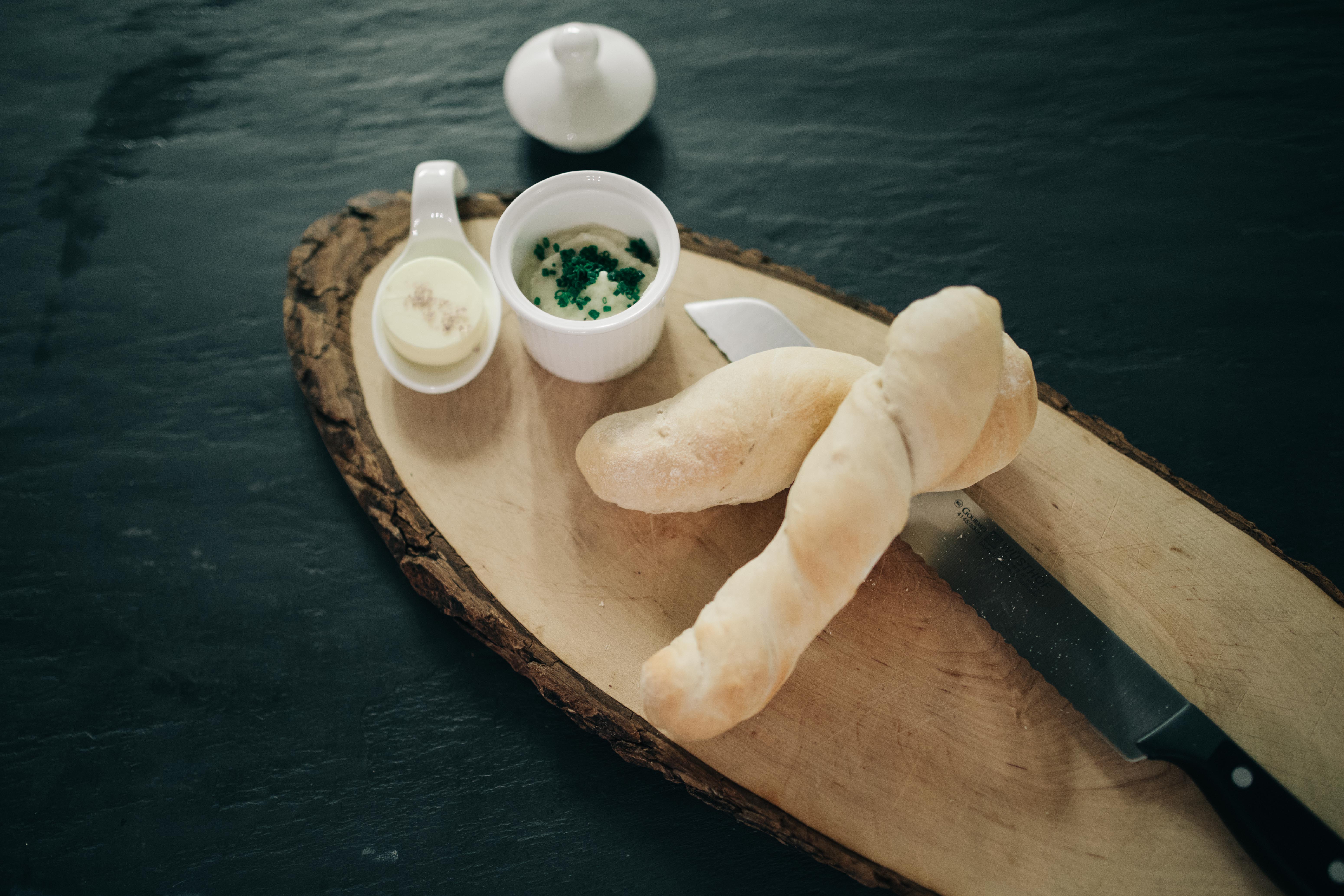 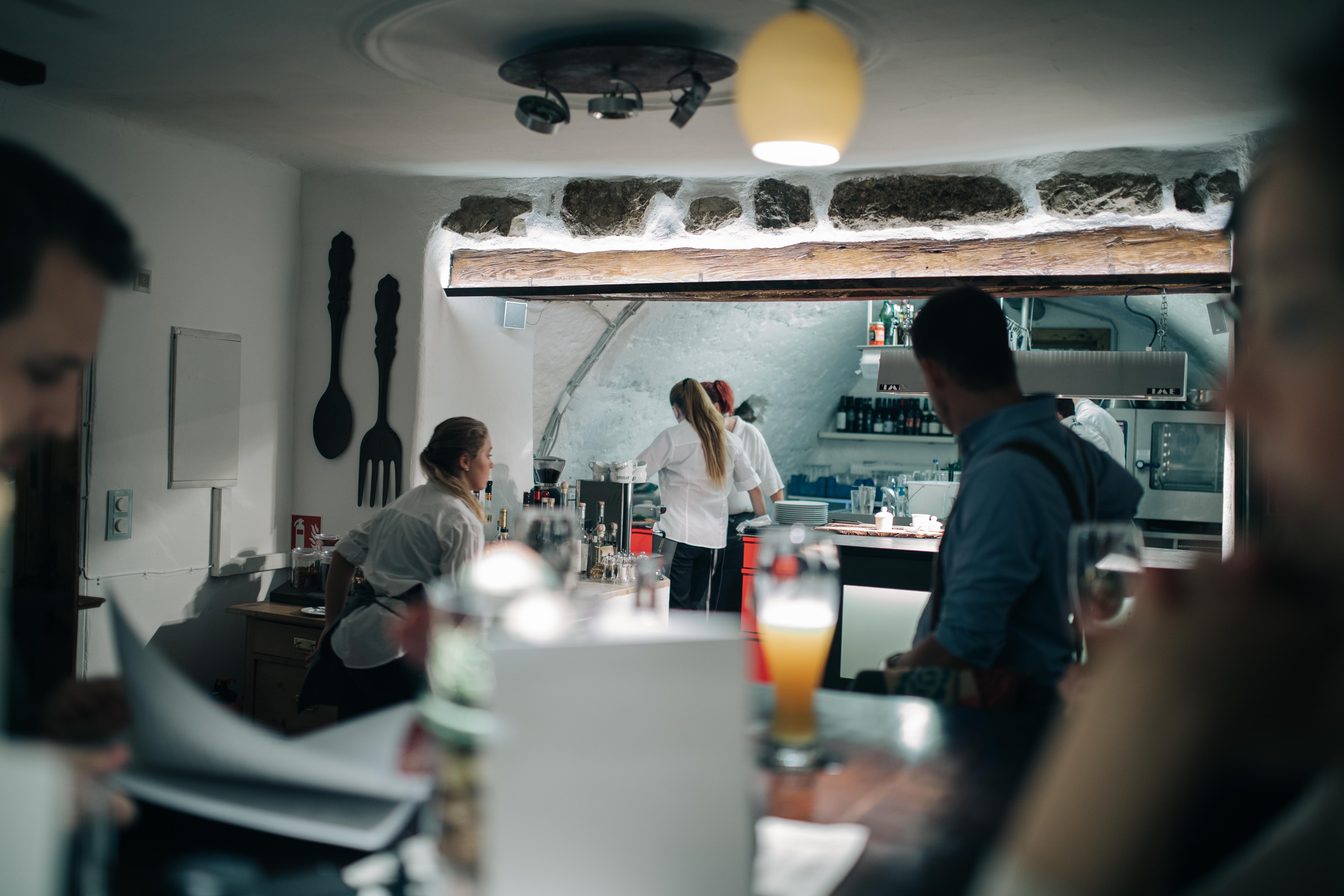 There’s only a limited selection of dishes to choose from on the menu, but all ingredients are delivered by regional farmers,  greengrocers and butchers, which guarantees highest quality. My menu was composed of  veal carpaccio with pumpkin, mustard prickle and seasonal salad as starter, followed by a char fillet with assorted vegetables and as the ultimate ending: Chocolate soufflé with vanilla, pistachios and plums. Two words: Chocolate heaven! 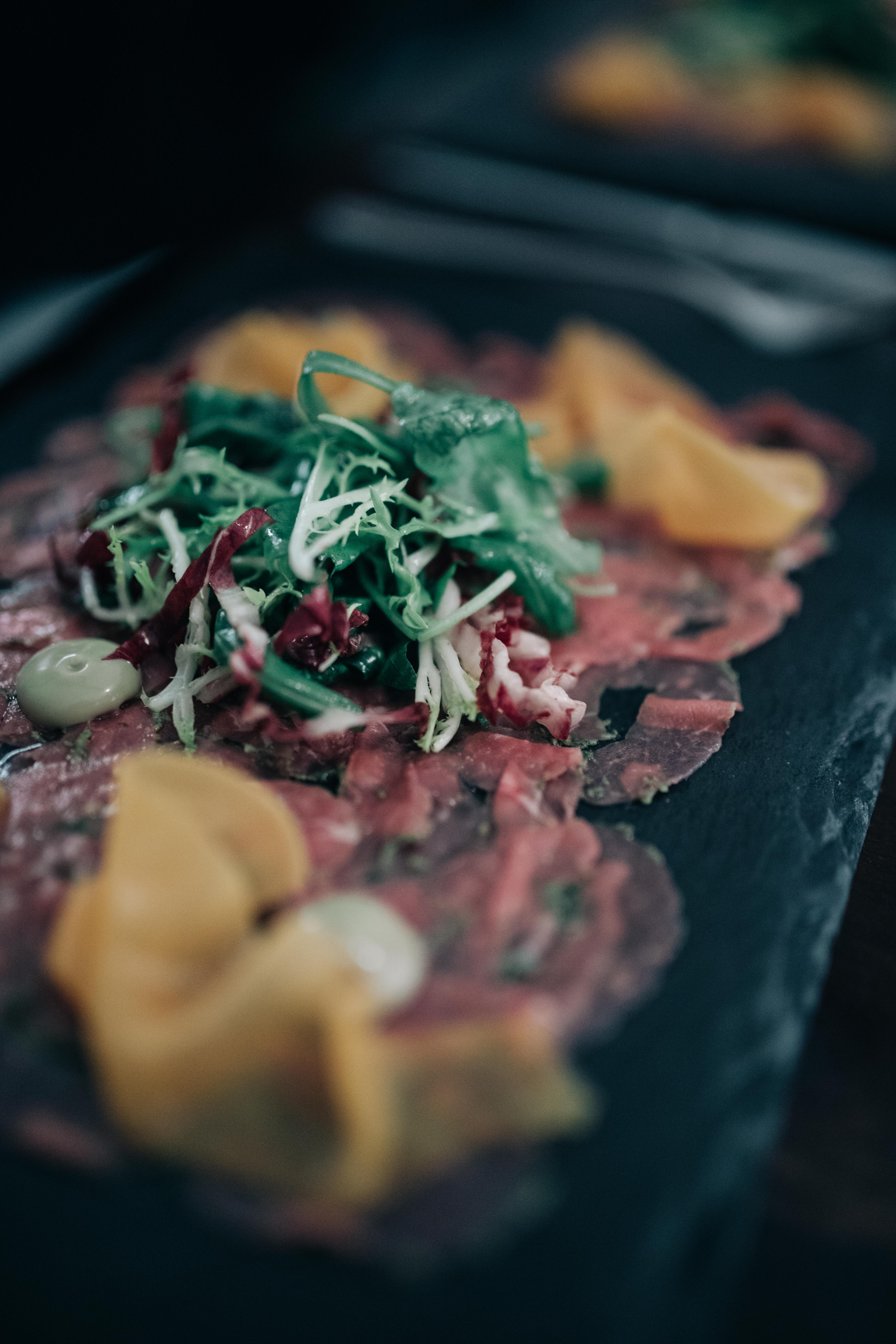 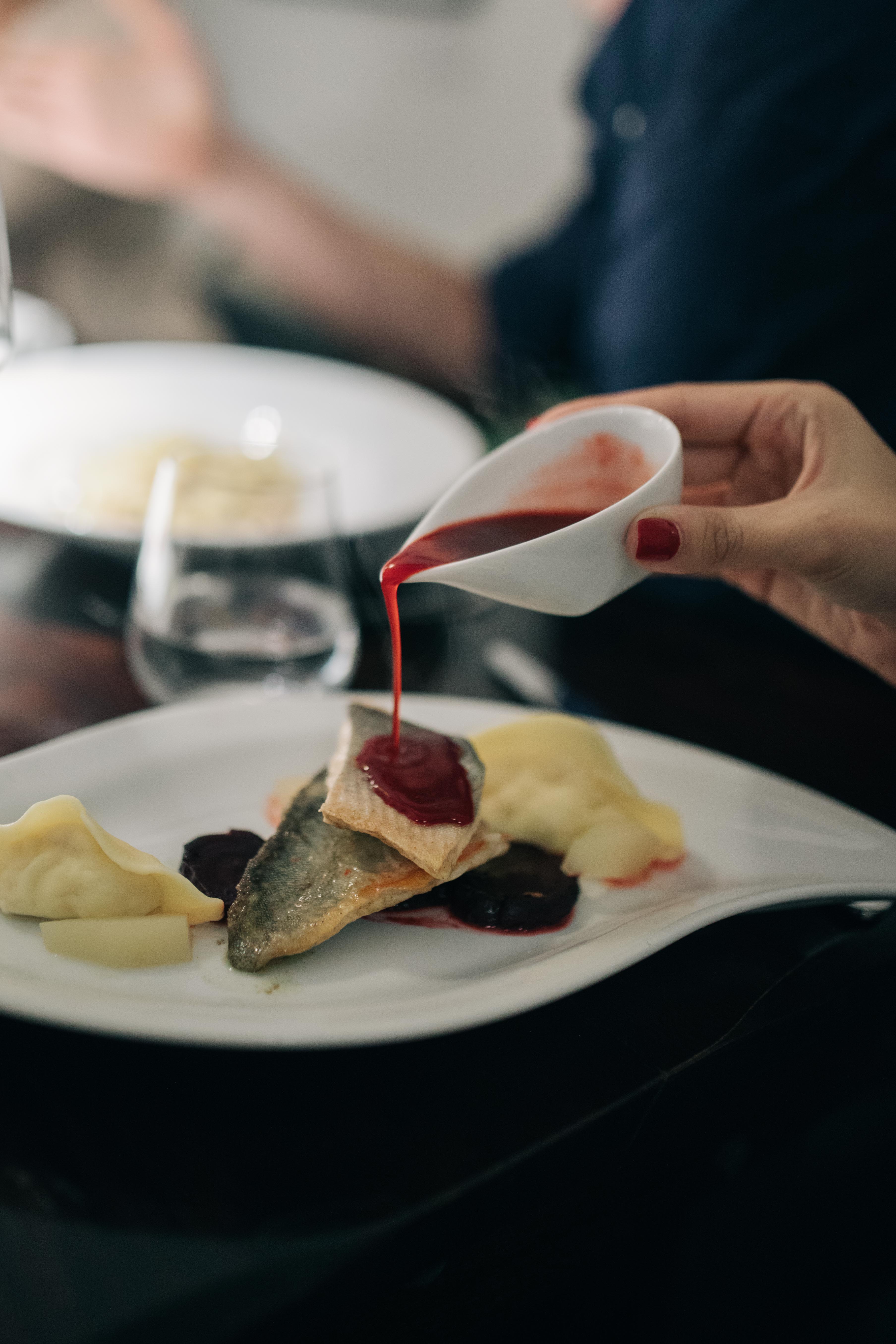 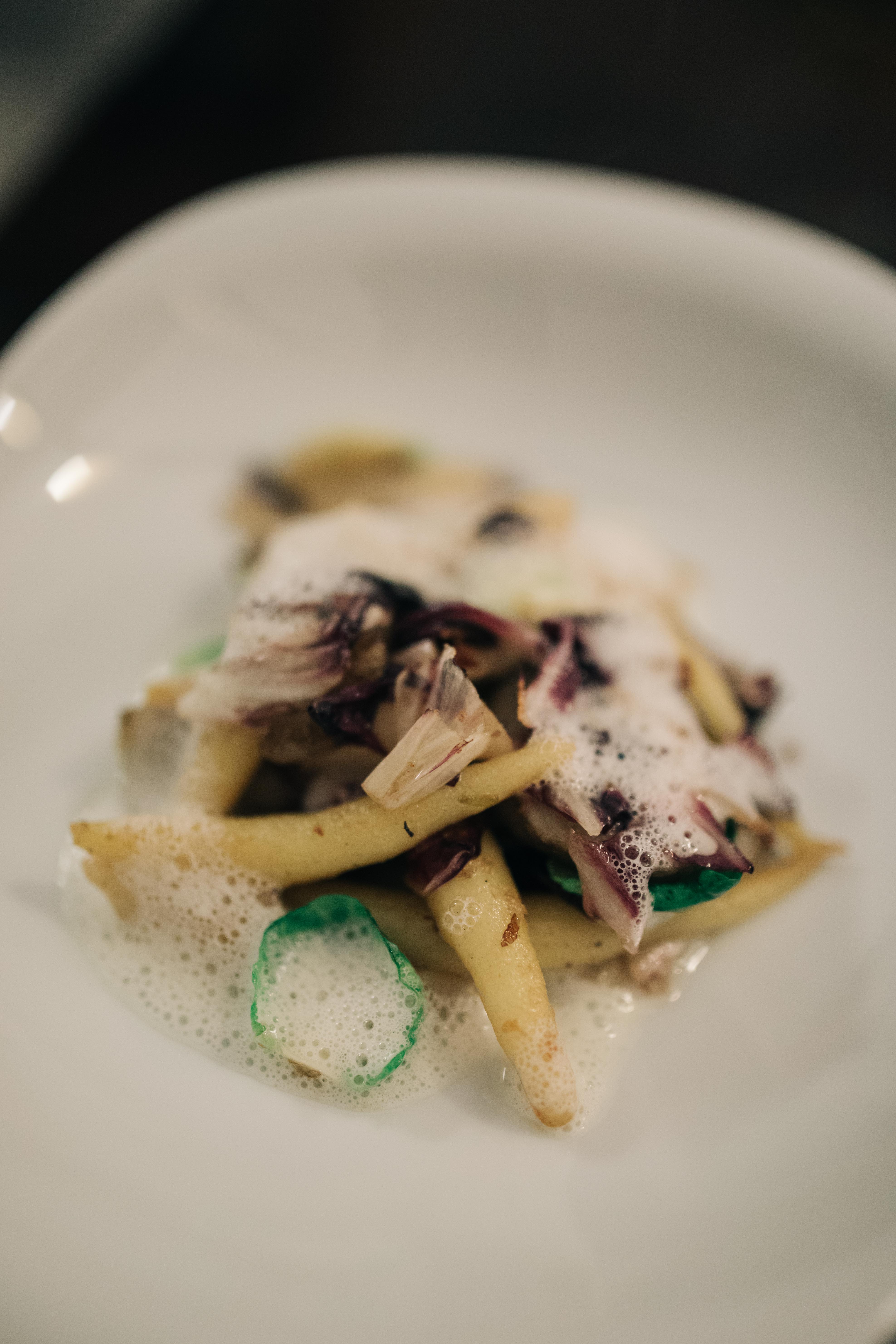 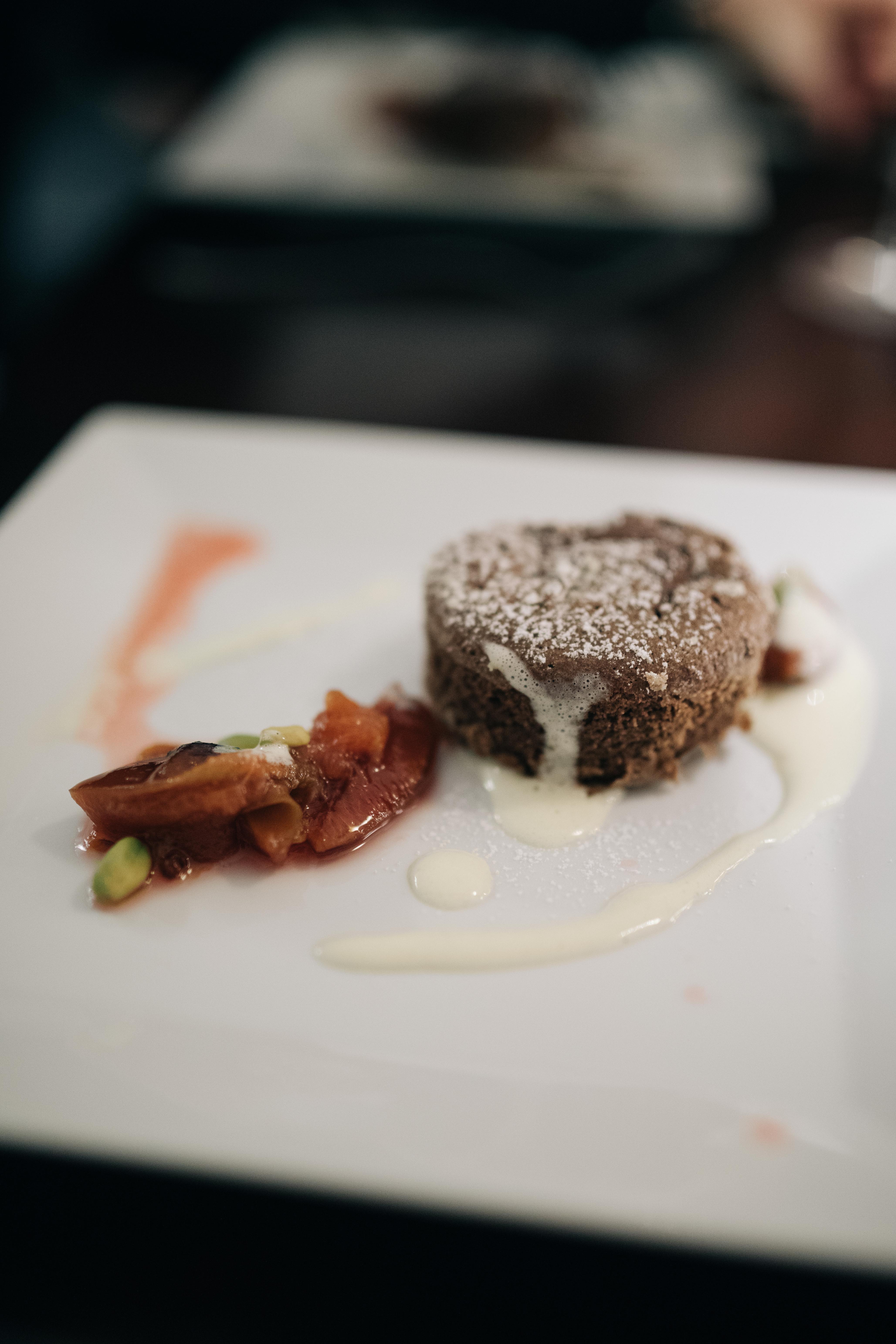 Since it’s been the very first day the Esszimmer opened its doors, there were some slight hiccups, but I’m sure it will not take long until Maximilian Kühbeck and his team will get up to speed. I’m looking forward to dining there again in a few months to see the progress they made! 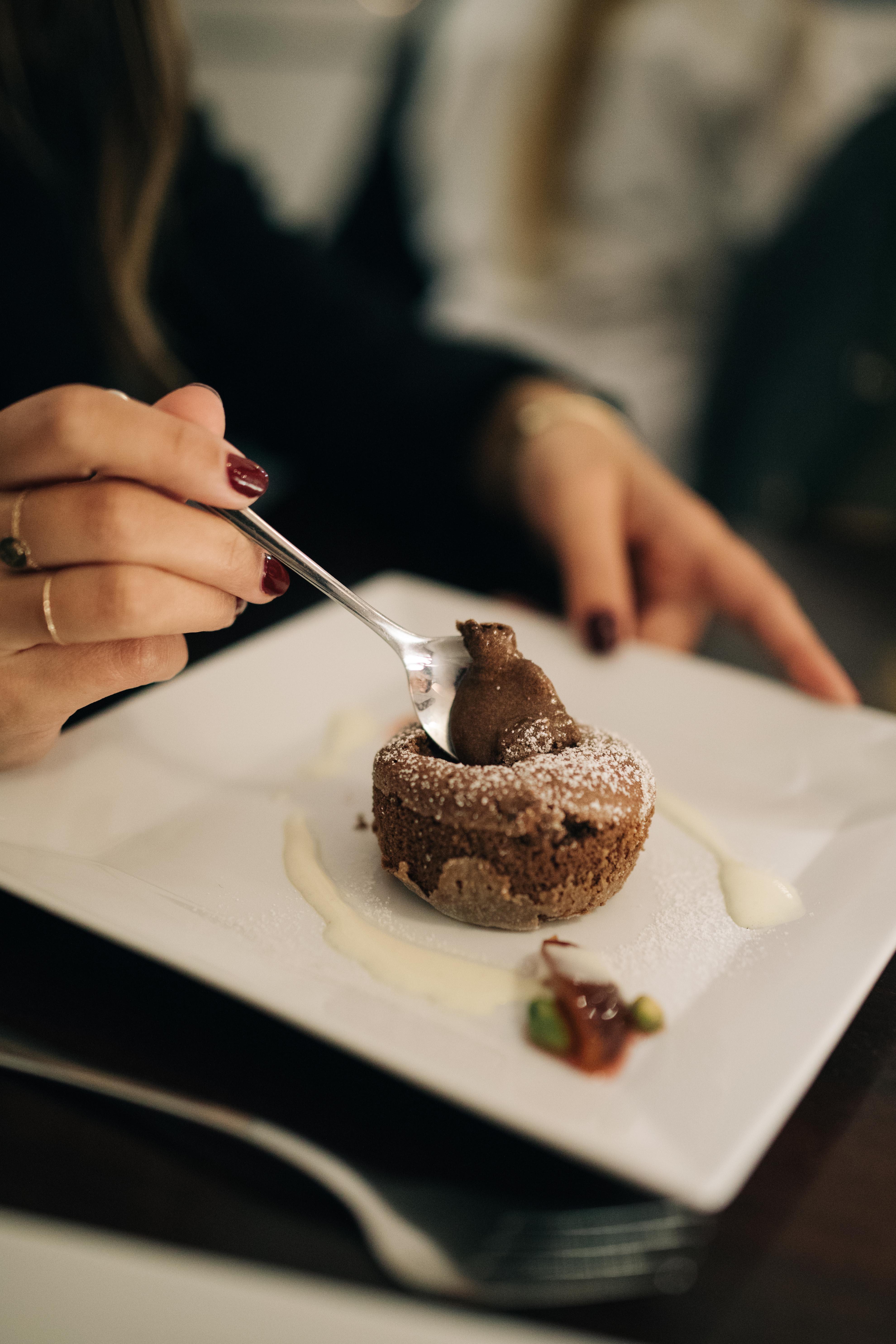 Many thanks to Berchtesgadener Esszimmer and Mundwerk PR for the lovely invitation!

Leave A Comment Cancel replyYour email address will not be published

Did you ever have the feeling of not having enough time? Then you just have to say NO more often.
2 years ago
Here's a secret between you and me: Some days, I just don't like Christmas. There, I said it.
1 year ago
Words can't describe all the feelings and good vibes I felt during our trip to Morocco, so I won't even try. But there are three thoughts I've managed to put into words:
2 years ago
That gloomy day on the cliffs of the Bondi to Coogee coastal walk where Patrick asked me one of the biggest questions life has to offer is exactly one year ago to that day. It's time to reflect.
2 years ago
There are moments I catch myself thinking about life, life’s meaning and my purpose on this planet. Sometimes those moments stretch into days, and sometimes it’s just a random moment ...
2 years ago
As a little practice to curate happiness and elaborate what makes me feel profoundly good, I wrote down all the small joys of my life.
2 years ago
For the first time since I went full time with my blog I was completely out of order and there was no way of working. So this situation got me thinking...
1 year ago
Over the past couple of months I’ve evaluated my relationship with Instagram. I have this growing feeling that I don’t feel 100% confident with this app anymore. I asked myself why I feel this way, and this is the answer I could come up with:
4 hours ago
Valentine's Day doesn't have to be about romantic love. Valentine's Day can be about celebrating the love of life, the love of a Higher Power, the love of your community, the love of your dog and most importantly the love of self.
11 months ago
When I got to the office yesterday a big package was already waiting for me at my desk - the most beautiful surprise from Chloé, who I've been working with since last year. While I was unpacking this package I felt such a big strike of gratitude going through my heart.
11 months ago
It was my 29th birthday last week. And if you ask me, a 29th birthday is a special one. It marks the end of a great chapter, and the start of a new one. Time to reflect a little, shall we?
4 months ago
Do you know this feeling, when you're sitting somewhere, maybe at work, you're supposed to do a task but you simply can't concentrate and your mind wanders off?
2 years ago
A new year is like a book with 365 blank pages to fill. It's a fresh start, a clean slate, and always brings lots of hopes, wishes and dreams with it.
1 year ago